Want to Work in Animation Production?

As the saying goes: the less you notice the amount of work gone into a job, the better the work that’s been done. With that being said, it wouldn’t be fair to disregard the efforts of each individual behind a slick animation video. 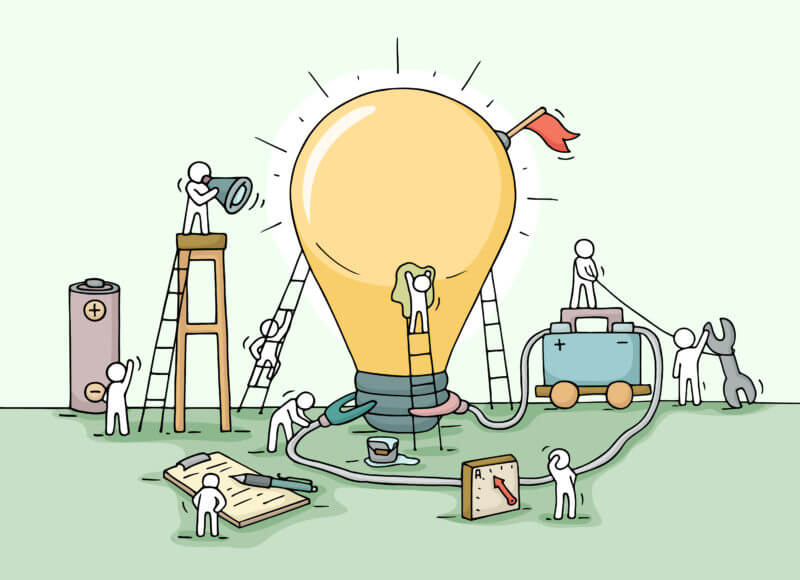 Animation Director
An animation director is responsible for delivering high-quality animations. After assigning the appropriate animators to a project, their first task is to liaise with clients and interpret what it is that they want. Following that, they must supervise and review the work created by the animators all whilst making sure the project is delivered on time and on budget. It’s not surprising, then, that an animation director has to be a brilliant communicator.
Copywriter
First things first, we need to address a common misconception: a copywriter has nothing to do with copyright. Instead of dealing with legal exclusivity, a copywriter is in charge of producing written content. This writing is primarily used for the purpose of advertising and marketing. A day’s work might consist of creating anything from an SEO-rich blog post to a commercial script.
Motion Graphic Designer
Motion Graphics Designers put together content that contains graphic design, animations and visual effects. They’re in charge of making logos, typography, illustration and shapes all come alive and interact in a way that tells a compelling story. A graphic designer may also be assigned the task of creating initial storyboards to animate from.
Sound Designer
A sound designer provides the sound to accompany the screen action. Depending on your budget, the requirements of a sound designer may change. In a cheaper production, the sound designer typically will manipulate previously composed or recorded audio to create a desired mood or effect. In a more expensive project, a sound designer will actually source and record the audio/sound effects themselves.
Traditional Designer
A traditional animator uses a classic animation technique wherein each frame is drawn by hand. As you can imagine, it’s a time-consuming way to work. Whilst the technique has remained, the method of actually drawing each frame on celluloid has now been replaced by computer and tablet. There’s something beautifully crafted about traditional animation; just think of Disney’s 1937 version of Snow White.
Visual Effects Artist
The world of visual effects (VFX) is diverse. A visual effects artist is responsible for creating what is either impractical or impossible to film. One day they might be creating an explosion through special effects; the next they might be doing visual clean-up and removing a car number-plate from a video.
3D Character Designer
A 3D character designer needs to be proficient at both computer graphics and 3D modelling in order to bring their character to life. This is a job for someone with an eye for small detail, as this is what makes an animation come alive. The character designer plays a pivotal role in the creation of an animation because it’s the characters that drive the story, no matter if it’s corporate or creative.
3D Designer
3D designers are likely to find themselves in a variety of working environments. They can work in animation studios, film and TV houses, architectural firms, and medical companies (to name but a few). 3D design is attractive to both investors and customers because it provides such an accurate visual of what a product, building or solution will look like in completion.
Illustrator
An illustrator is an artist who combines 2D art, design and digital dexterity to develop an idea and eventually produce original content for an animation. An illustrator has to be flexible with their designs, and be able to adapt their work to the feedback a client gives them. Consequently, an illustrator needs to have good communication skills in order to get a feel for what a client wants during a particular job.

Interested in one of these roles but don’t know where to start? At Squeezed Media we offer work experience to help you get your foot through the door. If you’re interested, send over your CV and/or Showreel to contact@squeezedmedia.com and tell us a little about yourself. Alternatively, click the button below to view our current vacancies: